Arlette Ginioux was born on January 16, 1944, in Etables-sur-Mer in the Côtes d’Armor. She took lessons at the Malebranche Academy with the sculptor Charles Auffret, and then entered the Ecole Nationale Supérieure des Beaux-Arts in Paris. She followed the painting course, then the sculpture and medal engraving courses, where Raymond Corbin was her teacher. In 1970, she made Alain Bombard’s medal, which she stamped with wedges directly carved out from steel.

In 1971, she was granted the Despiau-Wlérick prize. That same year, Dunoyer de Segonzac wrote the foreword to her first exhibition that took place in Mont-de-Marsan (drawings, sculptures and watercolours). She participated in many salons: the Drawing and watercolour Salon, the Ville d’Avray castle Salon… In 1972, Georges Muguet invited her to join the Sculpture Exhibition which was held at the Ville d’Avray castle with Paul Cornet, Georges Hilbert, Jean Carton… In 1981, along with Charles Auffret, Jean Osouf and Roch Vandromme, she was part of the Independence and Tradition exhibition at the Nevers Gallery, with a foreword by Patrice Dubois. In 1987, she was invited to the Sixth Angers Salon, which was presided by Jean Carton and inaugurated by François Mitterrand, and showed her work at the Madame du Barry Foundation in Versailles for an exhibition entitled French sculpture of our Time. This major exhibition gathered works by Emile-Antoine Bourdelle, Camille Claudel, Jane Poupelet, Lucien Schnegg, Robert Wlérick…The foreword of its catalogue was written by Michel Fare, a member of the Institut. In 1994, The Maif welcomes sculpture displayed works by Arlette Ginioux, Claude Abeille, Charles Auffret, Robert Couturier…Throughout her career, two personal exhibitions were dedicated to her work: one in 1990 at the Varine-Gincourt Gallery in the rue du Faubourg Saint-Honoré in Paris, and the other in 1993, with a foreword by Roger Passeron and Robert Couturier.

As Paul Valéry did, Arlette Ginioux claims that drawing is an artistic discipline in itself, as are sculpture and painting. A solitary and independent soul, she cannot sever her art from her life and expresses in her work her inner personality. 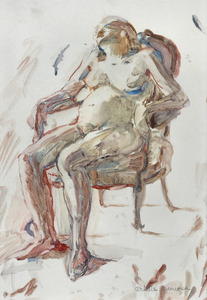 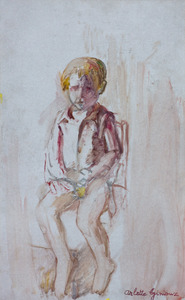 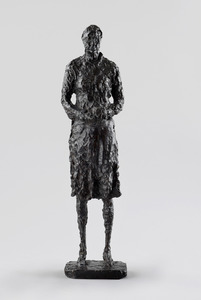 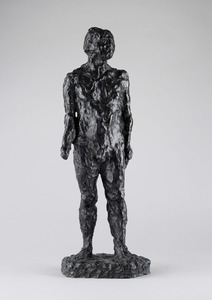 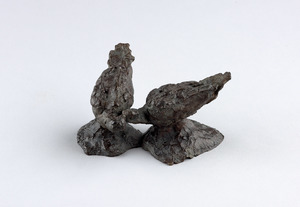 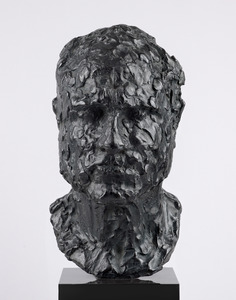