The sculptor Jacques Lucien Schnegg was born March 19, 1864 in Bordeaux. His younger brother, Jacques Gaston, born August 14, 1866, was also a sculptor. Their family had come from Bavière, where they had been well-known cabinetmakers since the 18th century. Lucien and Gaston’s father was a Bordelaise antique dealer, and as a child, Lucien began studying with a local artisan who worked in ornamentation in direct carving. In 1883, Lucien won Bordeaux’s most important prize for sculpture from the municipal school for design, and the following year, he entered the École des Beaux-Arts in Paris, studying in the studio of Alexandre Falguière.

But he only sporadically attended classes and failed to win the coveted Rome Prize because he preferred to spend his time sketching on site and studying in Parisian museums. He was close to his brother Gaston and made several portraits of him, all strikingly different. He showed one at the Salon des Artistes Français in 1887, and another, a plaster, at the 110th salon of the Société Nationale des Beaux-Arts in 1894. That same year, he began sharing a studio with Gaston at 40, rue Dutot in Paris. In 1898, both brothers wrote to Rodin in support of his recent sculpture, Balzac, which had vociferous detractors.

From that moment on, their studio became the gathering point for a group of young sculptors who considered themselves the “bande à Schnegg” or “Schnegg’s gang.” In time, younger sculptors, including Despiau, Halou, Poupelet, and Wlérick, came to consider Schnegg as one of their masters, and he was instrumental in helping the upcoming generation recognize the value in sculpture other than Rodin’s, even though Schnegg and Rodin remained very close. In fact, from 1902 on, Schnegg worked as one of Rodin’s assistants in order to make ends meet.

The following year, 1903, his bust titled Jane Poupelet was very warmly received at the Salon (marble, musée d’Orsay), and, with Emile-Antoine Bourdelle, he organized a banquet in honor of Rodin, who had just been awarded the Legion of Honor. He participated in the Salon des Indépendants from 1905 on and he exhibited twice—in 1906 and 1909—at the Georges Petit Gallery (where Rodin showed, as well as Bourdelle, Poupelet, and Louis Dejean). He died later in 1909 of typhoid fever.

After his death, Rodin brought all of Lucien’s friends together and, with the help of Gaston, organized a lottery to aid his family. For the occasion, Rodin wrote : “He had the energy and integrity that it takes to be a true sculptor: he demanded a lot of himself, as all reformers do. He left behind many stellar works that trace his development, as well as a masterpiece, The Bust of the Republic. In addition, he executed works for large houses and palaces in a style reminiscent of the Belle Époque, a style that he embraced with a particular passion. When it came to the decorative arts, he had an infallible intuition and generously offered ideas and advice. A dedicated sculptor, he wasn’t interested in empty praise, but instead had the pride of the poor but true. Death has placed him among the heroes of his art.” Lucien Schnegg also made numerous busts, small nudes, and decorative sculptures designed for specific architectural settings, such as the Dufayel Hotel in 1904 and the Hotel Astoria in 1907. 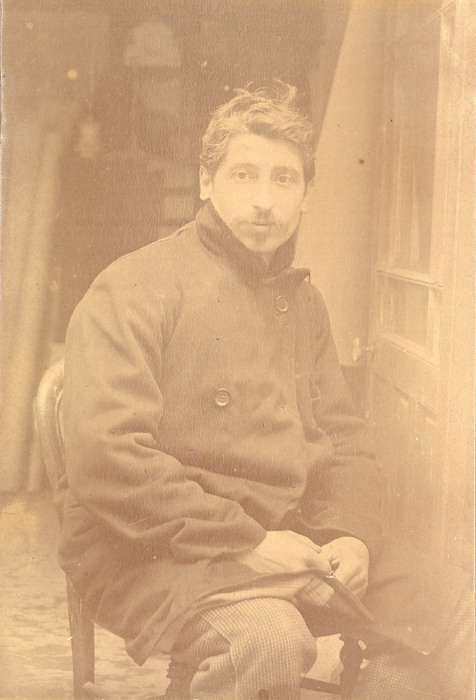 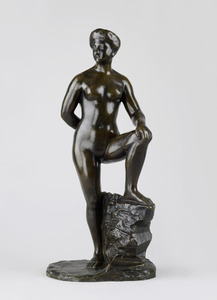 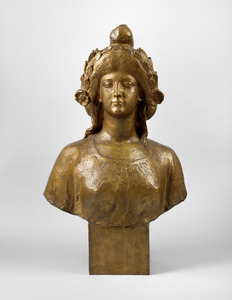