Marcel Gili was born on February 12, 1914, in Thuir, a city in the Pyrénées-Orientales. He was the son of a stone cutter and, at the age of sixteen, entered Gustave Violet’s studio where Maillol noticed him. The master advised him and had him work on his pieces.

Corbin then exhibited his work in Perpignan in 1932 and participated the following year in the organization of the Salon d’Art Mural in Paris. In the French capital, he became acquainted with the members of the Abstraction-Creation group: Robert Delaunay, Fernand Léger, Dufy among many others. After the War, he took part in the founding of the Salon de Mai and participated in numerous collective exhibitions as the 1948 Venice Biennial, the 1951 French Art Salon in Tokyo, the 1952 French Sculpture Salon in Brussels, the 1953 and 1955 Outdoor Sculpture Biennial in Antwerp, the 1954 Milan Triennial… He also displayed his works in personal exhibitions in the Paris Decorative Arts Museum in 1954; in the Maison de la Culture in Bourges in 1955 and 1965. In 1995, the Saint-Cyprien Center for Contemporary Art had a retrospective exhibition of his work.

Maillol’s influence is perceptible in Gili’s first works (most of which he eventually destroyed). However, as he resorted to direct cutting, his work gradually lost the naturalistic manner which defined Maillol and those who had preceded him. Gili’s expression is characterized by a restrained modernism: he tempered the feminine curvaceous contours by applying a network of angular lines in a consistently monumental perspective. His style was always deeply humane, as his Pregnant Woman demonstrates. He also worked with clay, cast bronzes and used battered materials like copper or aluminium. At the end of the Sixties, he designed The Possible and The Gangues. With The Possible, Gili wished to show that in one face lie many contradictory expressions, and that only the sum of all these expressions may render the faithful image of life the sculptor aims at showing. He went yet further in The Gangues since he tried to capture all those possibilities into a single sculpture.

He spent the rest of his life between Paris and his native Catalonia, and died in Paris on 10 December 1993. 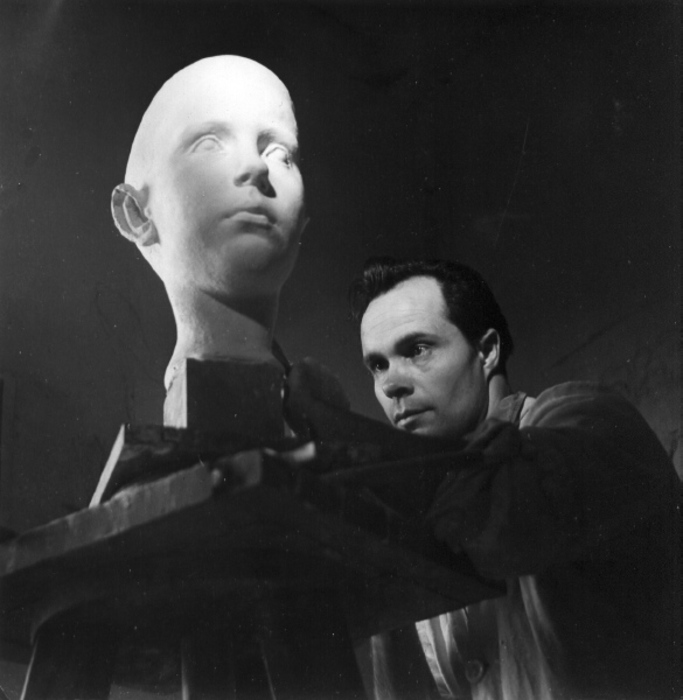 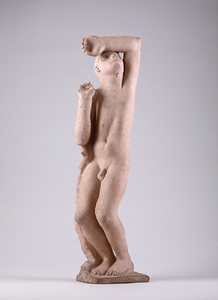