Léon-Ernest Drivier was born in Grenoble on October 22, 1878. From a very early age, he entertained a passion for drawing. With the support of his teachers and of his father, who was a glove-maker, he gained a scholarship and entered Paris’ Ecole des Beaux-Arts where Félix Barrias was his teacher. He joined Rodin’s studio and there established himself as a marble-cutter along with Camille Claudel, Antoine Bourdelle, Lucien and Gaston Schnegg, Charles Despiau, François Pompon, Robert Wlérick and Jane Poupelet. This group of artists, often referred to as “la Bande à Schnegg”, came up with a classical and synthetic reaction to Rodin’s sensitive and foaming style. Drivier especially admired Donatello and the Greek sculptors, but “it is surprising to notice that the poised rhythms always seem to be concealing a fiery temper.” (General History of art, librairie Aristide, July 1957).

He was able to work on several materials: marble, stone, bronze, terracotta and even cement and ceramic. “His ardour to sculpt, his facility to fill in the voids, the wide range of his technical skills, his desire to accomplish great things, have made him an amazing artist, who can achieve outstanding recoveries.” (General History of art, librairie Aristide, July 1957). He made numerous feminine figures, in different styles, and also monumental works: The Joy of living group (circa 1937), for the Trocadéro water basins, and two Reclining Muses for the Paris Museum of Modern Art forecourt. In 1943, he is elected at the Académie des Beaux-Arts. When he died in 1951, he was an esteemed and celebrated sculptor.

His work has been displayed throughout several exhibitions, especially at the Modern Artists’ Gallery in 1918 in Paris (Drivier); at Ruhlmann’s in 1930 (French Contemporary sculpture); at the Galliera Museum in 1952 (Days of yore) and at the Bourdelle Museum in 1974 (La Bande à Schnegg). 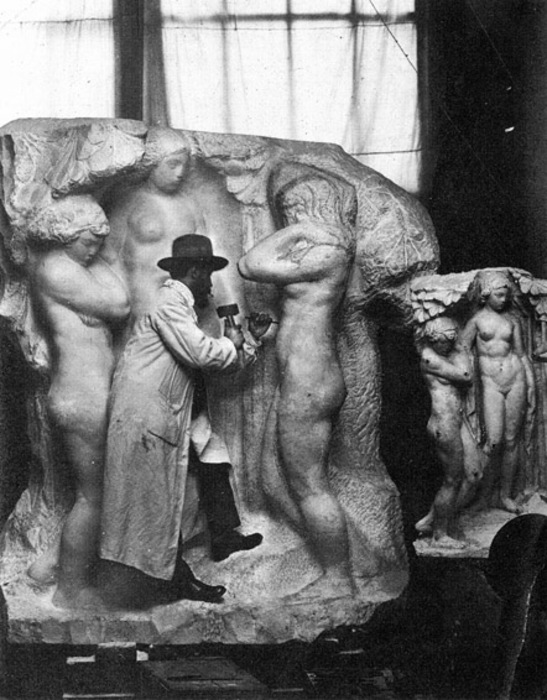