François Pompon and his twin brother, Hector, were born in 1855 at Saulieu; their father was a woodworker and cabinetmaker, and their mother, a seamstress. Between 1870 and 1875, François took evening courses in architecture, sculpture, and engraving at the Ecole des Beaux-Arts in Dijon and began to make his living as a stonecutter apprenticed to a maker of funeral monuments. In 1874, he won the first prize in the municipal sculpture competition.

The following year, he moved to Paris, and from 1877 on, he took evening courses at the Ecole nationale des Arts Décoratifs, where he studied under Aimé Millet and Pierre Rouillard, who introduced him to the zoo at the Jardin des Plantes. To make his living, he continued to work on funeral monuments for a firm in Montparnasse. He exhibited his work for the first time in 1879 at the Salon, but it wasn’t until 1888 that his work attracted the attention of the jury with Cosette, his first life-sized stone statue. In 1880, he worked on the decoration of the new Hôtel de Ville in Paris.

In 1901 and 1902, Pompon abandoned socially-frank realism and began to model figures of animals in the open air with the aid of a portable workbench that he had made. In 1912, he returned to the human form with Summer, and affirmed his affiliation with the Bande à Schnegg, made up of workers from Rodin’s studio who wanted to return to the serenity and monumentality of antiquity. Even so, Pompon continued to create animal sculptures, as well as numerous drawings of animals, which he sketched in barnyards in order to refine his studies of movement.

Durning the war, he was not mobilized and remained unemployed. When it was over, French museums began collecting his work. He exhibited at the Galerie Hébrard in 1919 and at the Salon des Artistes Français in 1922. Thanks to that exhibition, in which he showed the plaster of The White Bear, he received wider acclaim, finally achieving success at the age of 67. His renown spread rapidly throughout Europe, the United States, Brazil, and eastern Asia. The first monograph on his work appeared in 1926 and the second in 1928. Pompon died in 1933 in the midst of increasing honors and exhibitions, leaving all of his work to the French state. His sculptures were divided between the museums of Besançon, Dijon, Saulieu, Grenoble, Nantes, Rouen, and Strasbourg. 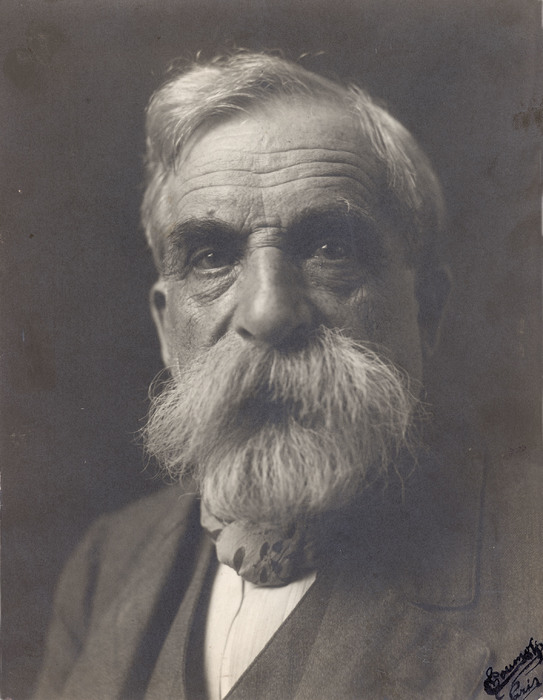