Gudmar Olovson was born in 1936 in Sweden. From 1955 to 1959, he took courses in sculpture at the Royal Academy of Stockholm, then, thanks to a grant, he moved to Paris in 1960. An enthusiastic admirer of the works of Honoré Daumier, Aristide Maillol, Auguste Renoir, and Auguste Rodin, he decided to stay in France, though without abandoning his Nordic roots. He became associated with a number of independent sculptors, including Paul Cornet, Jean Carton, and Gunnar Nilsson, all of whom had studios nearby, and Jean Osouf.

In 1963, he won the prix de la Grèce (the Greece Prize) from the Modern Art Museum of the City of Paris, and in 1970, the Gold Medal from the Society of French Artists for Two Trees, one of his works based on the theme of the couple. An enlarged version of this sculpture was installed on the main island in the Bois de Boulogne in 2001. He also did a series of portraits: Ingrid Bergman (1966), Philippe de Rothschild (1984), and Michel-François Poncet (Arromanches, 1990), and did the monumental statues Général de Gaulle (Arromanches, 1990) and Georges Pompidou (Poissy, 1993).

He participated in the Salon des Indépendants and the Salon d'Automne as well as in numerous exhibitions, such as Formes Humaines (Rodin Museum, 1964), Le Group de Neuf (The Group of Nine) (Galerie Vendôme, 1964), and Dessins de sculpteurs de Rodin à nos jours (Drawings by Sculptors from Rodin to Today) (Bourges and Strasbourg, 1966). He had a show at the Färg och Form gallery in Sockholm in 1970, showing alongside works by his friends Charles Auffret and René Babin. Patrice Dubois published a study of his work in 2007. 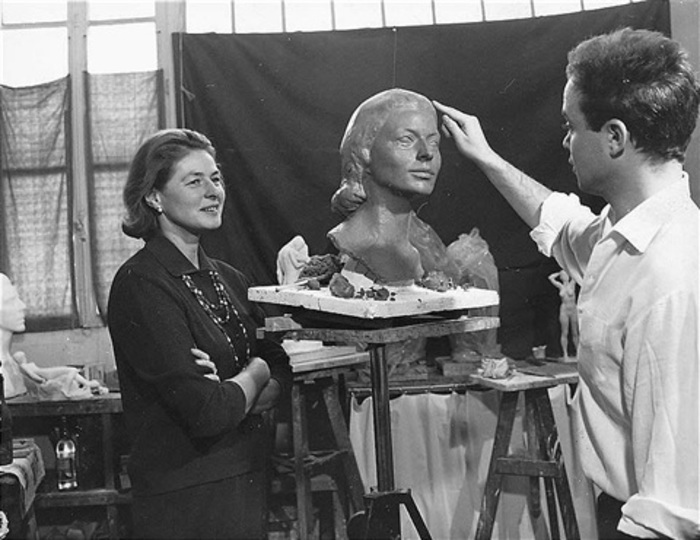