Léopold Kretz was born in 1907 in Lvov, in Poland. He learned drawing in a private academy where his teacher was Novakowski, a Ukrainian painter who belonged to the romantic Polish school. At the age of nineteen, he entered the Krakow Fine-Arts School where he studied under Dunikovski, the sculptor. Armed with a scholarship, he settled in Paris in 1931 and started working in the Landowski-Gaumont studio at the Ecole des Beaux-Arts, and in Bourdelle’s studio at la Grande Chaumière.

In the Thirties, he was acquainted with Balthus, Constantin Brancusi, Francis Grüber, Robert Humblot, Aristide Maillol, Charles Malfray and Gustave Pimienta. He was also introduced to art historians such as Waldemar George, René Huygue, Paul Fierens, Bernard Champigneule and Raymond Cogniat, who dedicated several articles to his work. He made the busts of Maurice Ravel, André Gide and Darius Milhaud, and later, the Liberation Monument in Crest (Drôme), the Archbishop Fountain in the Notre-Dame square, as well as numerous medals for the Paris Money, including Georges Auric’s.

He participated in several salons (Fall Salon, Tuileries Salon) and exhibitions (French contemporary sculpture since Rodin). His first personal exhibitions took place in the Simonson and Pierre Loeb Galleries. He was awarded many prizes, including the Vikings’ in 1951. In 1963, he was a founding member of the Groupe des Neuf. From 1948 to 1950, he was a teacher at la Grande Chaumière academy, then at the Reims Ecole des Beaux-Arts from 1950 to 1974. For a couple of years, he was also head of the bust studio at the Ecole Nationale Supérieure des Beaux-Arts in Paris. 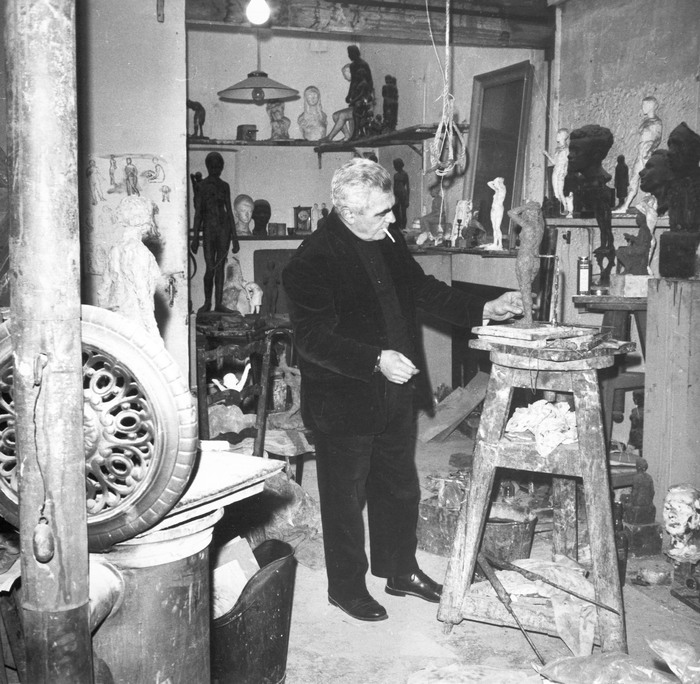 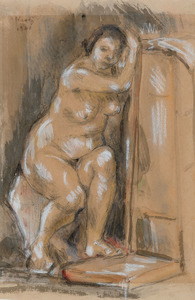