Jean Carton, who was born in Paris in 1912, started studying at the Ecole des Arts Appliqués in 1924 in order to become a furniture maker. His teachers, Charles Malfray and Robert Wlérick, encouraged him to choose sculpture. He then entered the Ecole des Beaux-Arts where he studied from 1928 to 1933: he eagerly followed the drawing course where he drew after life. However, following Marcel Gimond’s advice, he never took his teachers’ opinion into account. He henceforth focused on the lessons of his first teachers and on Rembrandt’s work. He became deeply connected to Paul Cornet and Charles Malfray and used to submit his drawings to their judgement every Saturday.
He joined in exhibitions along with older artists: Maillol, Despiau, Malfray, Gimond, Laurens, Couturier or Dunoyer de Segonzac. Many galleries displayed his work, especially the ever supportive Bernier gallery. At that period, Picasso bought some of his eaux-fortes. In 1946, he was awarded the Blumenthal prize, granted by Germaine Richier, Marcel Gimond and Robert Couturier, and in 1949 he won the Villa Abd-el-Tif Prize, and consequently spent three years in Alger.
His most significant works are The Offering, The Vanquished Athlete, The Adolescent…His skill outstands in portraits as in Michèle’s bust or in the portraits of presidents René Coty and François Mitterrand, which he made by their request. In 1943, he began working on his first eaux-fortes. He resorted to this technique to illustrate Encore un instant de bonheur by Henri de Montherlant in 1955 and La Jeune Parque by Paul Valéry in 1960. In 1954, the National Library held an exhibition which displayed his prints. In 1980, Jean Passeron published a monographic study of his prints and drawings. With Juliette Darle, he founded the Groupe des Neuf in 1963. The following year, he entered the Institut. A year before he died, his Marie-Christine Standing was set in the Senate’s entrance.
... 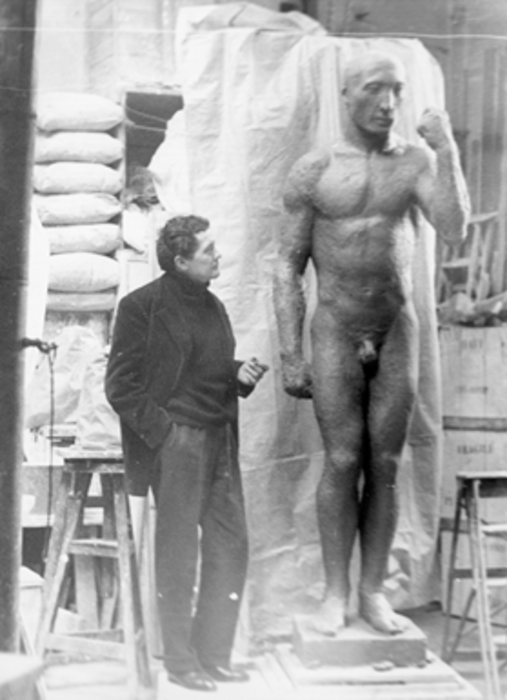 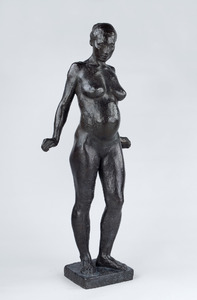 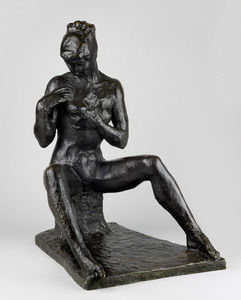 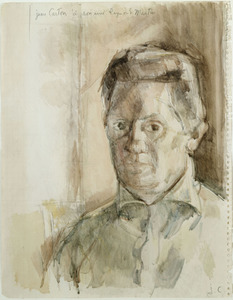 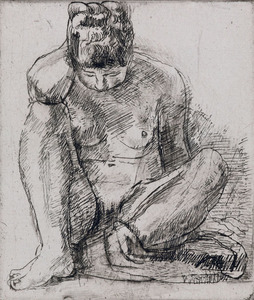 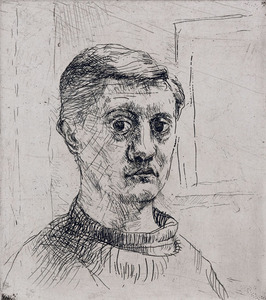 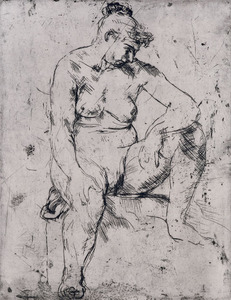 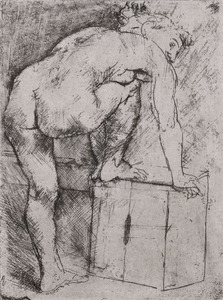 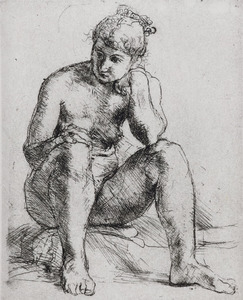